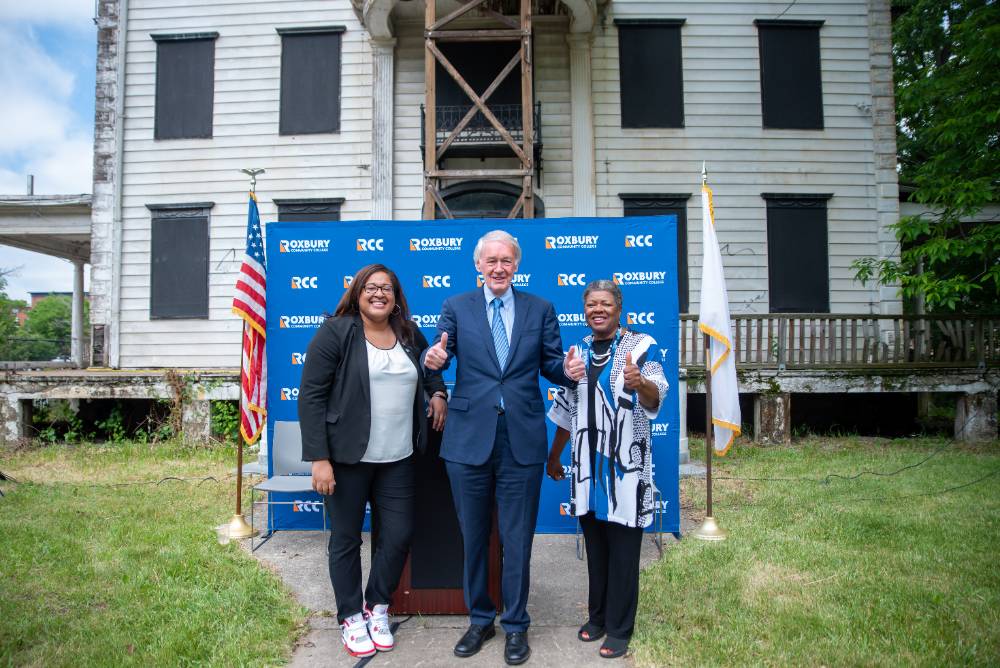 Roxbury Community College's "Reclaim, Rename, Repurpose" project will support renovations to the historic Dudley House at RCC. Thanks to Senator Ed Markey securing $4 million in congressionally directed spending for the project, the newly revitalized facility will be used to expand RCC’s green energy instructional spaces while providing a new venue for community engagement and recognition of RCC’s history.

“This $4 million investment is important for two reasons. Not only will this project revitalize this historic landmark, but it will also revitalize our workforce,” said Sen. Markey.

If you are interested in enrolling in a Green Energy course, contact Executive Director Frank Mruk, FAIA, LEED AP, at fmruk@rcc.mass.edu or 857-701-1564. If your company is interested in partnering with RCC on green energy education or investing in RCC’s green energy programs, contact Dean of Workforce Development Sal Pina at spina@rcc.mass.edu or 857-701-1604. Learn more about the Center for Smart Building Technology at www.rcc.mass.edu/sbt.