In 2016, Roxbury Community College (RCC) partnered with DCAMM, DOER and Ameresco to complete an ambitious $20.1 million renewable energy project as part of a $72.5 million campus-wide renovation project. The energy savings project, which was completed in 2017, consists of 23 unique energy conservation measures. As of Fall 2019, the campus is already benefitting from significant monetary savings, and the entire Greater Roxbury Community is benefitting from a decrease in energy output from the College.

The most recognizable component of the energy project is the 3,000-panel solar canopy that was constructed above Parking Lot #1. From January – September 2018, the canopy produced 824,974 kWh of energy, the amount of energy required to power 75 homes in a year. Other components of the project include 115 geothermal wells beneath parking lot #1, campus-wide interior and exterior lighting enhancements and a complete upgrade of the College’s Energy Management System. 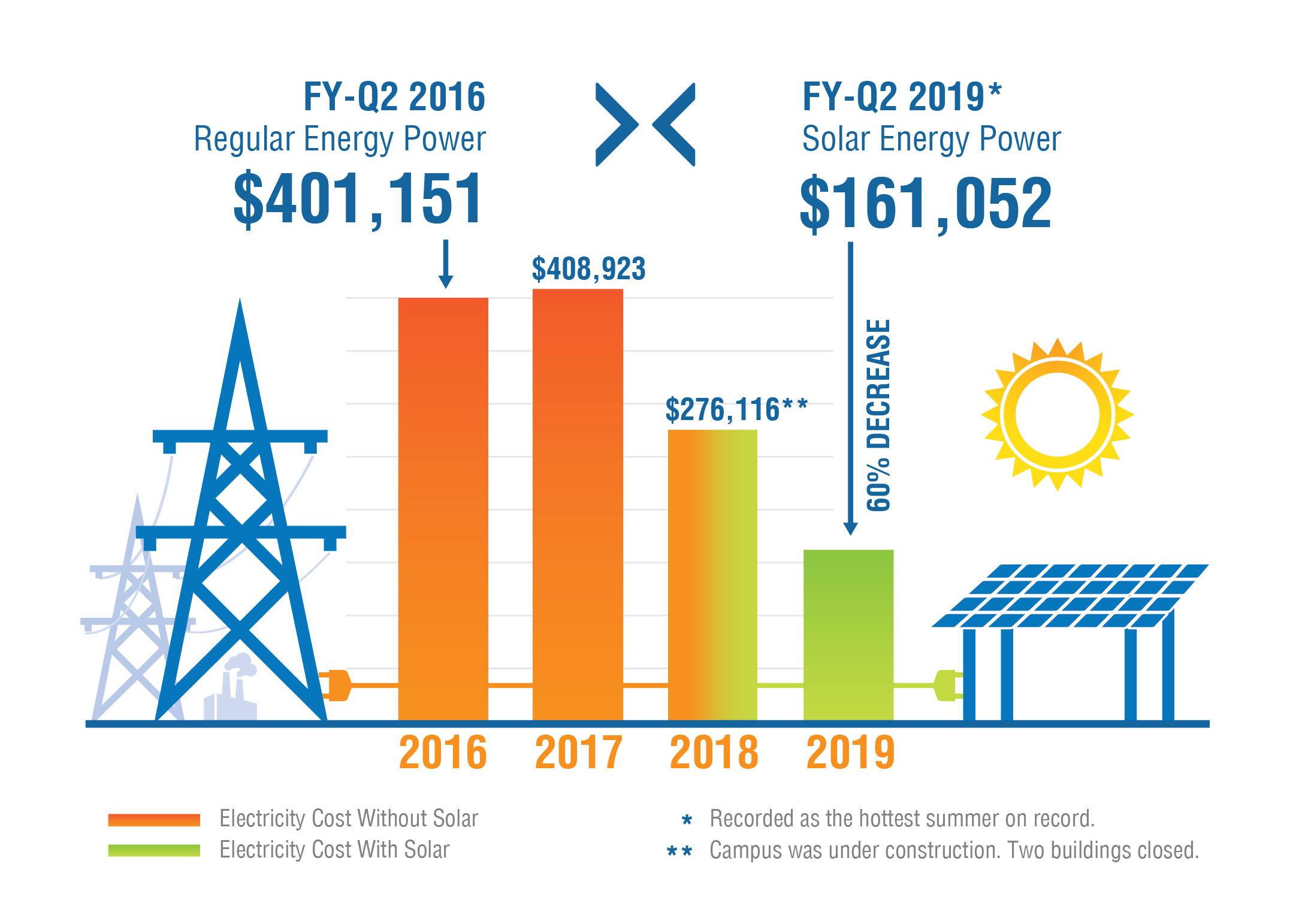 “This decrease in energy costs is exactly what we were hoping for when we broke ground on the project,” said Vice President of Administration and Finance Kevin Hepner. “The preliminary figures are very much aligned with the initial cost-savings estimates provided by Ameresco.”

RCC’s administration has received numerous accolades for their leadership in the field of Green Energy. In November 2017, the Baker-Polito Administration awarded a Leading by Example Award to RCC. In October 2018, Dr. Valerie Roberson received a 2018 Leventhal Award from A Better City, recognizing her leadership of and vision for the renewable energy project.

“I was deeply honored to receive a Leventhal Award from A Better City, on behalf of Roxbury Community College,” said Dr. Roberson. “I’m proud of the fact that this energy project enhances both the student experience and the environmental quality of the entire Roxbury Community. I look forward to growing our green initiatives over the coming years.”

While the environmental impact and the cost-savings benefit of the renewable energy project are laudable, the RCC community is reaping additional benefits from the project. RCC is currently working with a consortium of business leaders and Mass Maritime Academy to develop a Smart Building Maintenance Program, the practical components of which will utilize RCC’s on-campus green system.